LPG Price Down Around 12% So Far This Year. Here’s How Much You Pay Now

LPG (liquefied petroleum gas) cylinder prices have been hiked with effect from May 1 compared to the previous month. While the subsidised LPG price has been raised by 28 paise per cylinder (14.2 kilograms) and 29 paise per cylinder in in Delhi and Mumbai respectively, the non-subsidised rate has been increased by Rs. 6 per cylinder each in the two metros, according to Indian Oil Corporation’s website – iocl.com. State-run Indian Oil Corporation (IOC) is the country’s largest fuel retailer which supplies LPG under brand Indane.  However, the non-subsidised LPG price has been lowered around 12 per cent in the metros so far this year.

Here’s how the LPG price per cylinder (cooking gas cylinder) has changed over the past few months:

Change in LPG cylinder prices so far this year 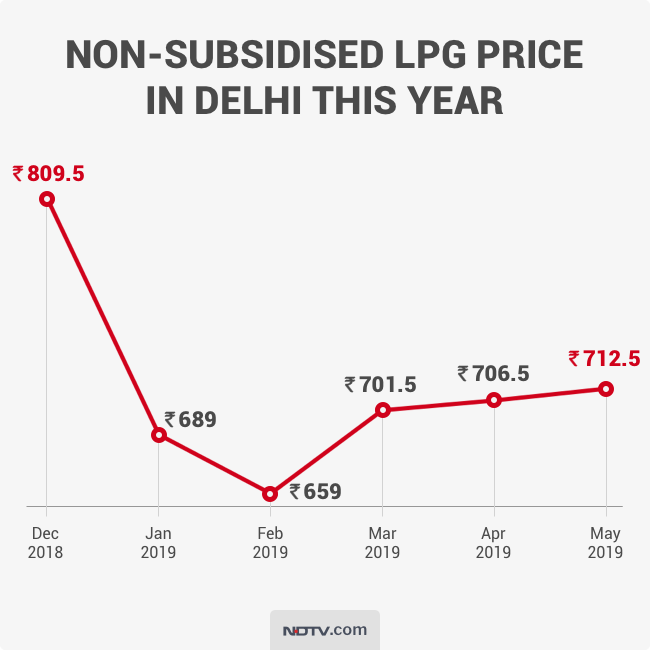 Currently, the government subsidises 12 cylinders of 14.2-kg each per household in a year, by way of crediting the subsidy amount directly in the consumer’s bank account. For any additional purchases, the consumer has to bear the market price.

This subsidy amount varies from month to month depending on the changes in the average international benchmark LPG and foreign exchange rates.